Adaptive Re-Use: A Smart Way to Save 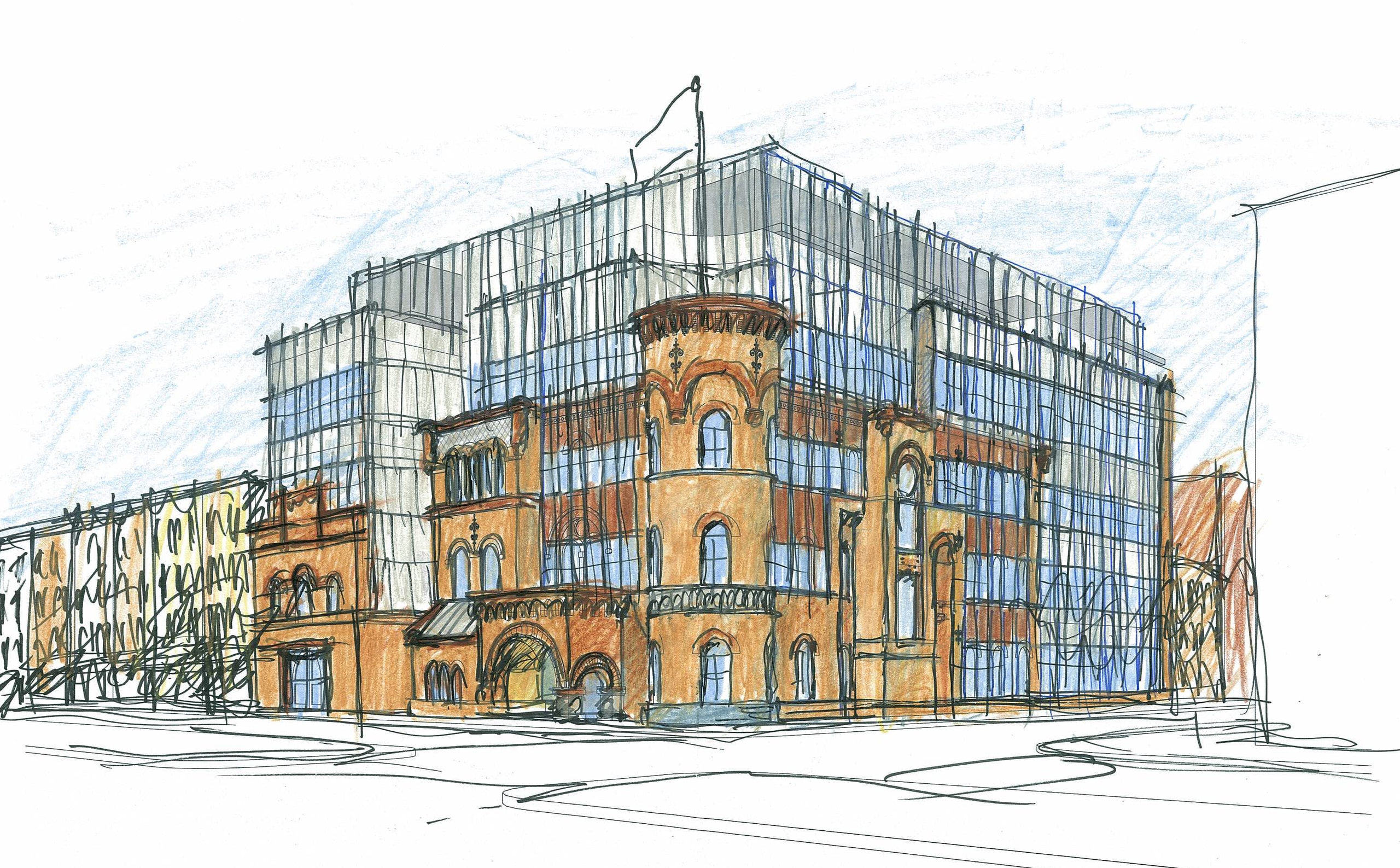 Finding new uses for old buildings, especially when they’re architecturally interesting or well located, creates substantial value for the environment, the local context, and often the bottom line. Over the years, we have converted former office buildings into retail centers, museums, and hotels and, on the flip side, former hotels into offices. We’ve converted dairy barns and warehouses into residences and residences into offices and schools. Old postal facilities and police stations have been transformed into elementary schools. A YWCA becomes a museum and its basketball court, an auditorium. In most cases, the new use reinvigorated both a worn-out building and even the whole neighborhood.

Three on the Bund, a former Beaux-Arts building constructed for an insurance company in Shanghai was among the first true historic preservation projects in China. Its steel-framed structure allowed us to widen former light wells into grand atriums that are now surrounded by restaurants, art galleries, a jazz club and retail stores. Its success catalyzed the revitalization of the famous Bund, a district that now rivals the heyday of Old Shanghai.

Jean Georges – Three on the Bund

Adaptive re-use has become a solution in the New York City School Construction Authority’s quest for suitable building sites to serve the ever-growing demand for public schools. As the South Street Seaport historic district has attracted families, new building sites were in short supply, so we converted a former 1950s postal facility into a school and expanded it vertically. It is now the actual and symbolic center of the community. In the Sunset Park section of Brooklyn, we proved that a historic but badly damaged police precinct house could be salvaged and turned into a school, preserving a beloved neighborhood landmark and giving it a new and useful life.

Unused buildings can drag down a neighborhood but when re-used and combined with new construction, they can transform the heart of a city and bring in people and commerce.  In Dallas, we undertook a feasibility study to turn the Art Deco office building once built for Tower Petroleum into a hotel. Located downtown near a public park that could support parking beneath it, the proposed development also encompassed a site for a residential tower.  While the guestrooms fit neatly into the simple Tower Petroleum floorplate, the public functions did not, and so we located them in the base of the new tower. The synergies among the re-used building, the new building and the open space created a dynamic mixed-use urban center where he historic building and new modern structures connect past, present and future. While the project as we envisioned it did not proceed, conversion of Tower Petroleum into a hotel was such a good idea that it was eventually built and proved that its adaptive re-use would breathe new life into downtown Dallas.

Tags: adaptive reus, Three on the Bund, PS 343, Mixed Use
Like What You Read?
Subscribe to receive updates from MGA&D by submitting your email below.
Share
Related News
In The Media
Location, Location, Location: Living in Luxury in New York
Blog
Early-Childhood Education: It Does Take a Village
Blog
Back to School in New York City
General
Tata Housing – Colombo Square
Learn more about MGA&D's team or just ask us a question.
Meet Our Team
Contact Us