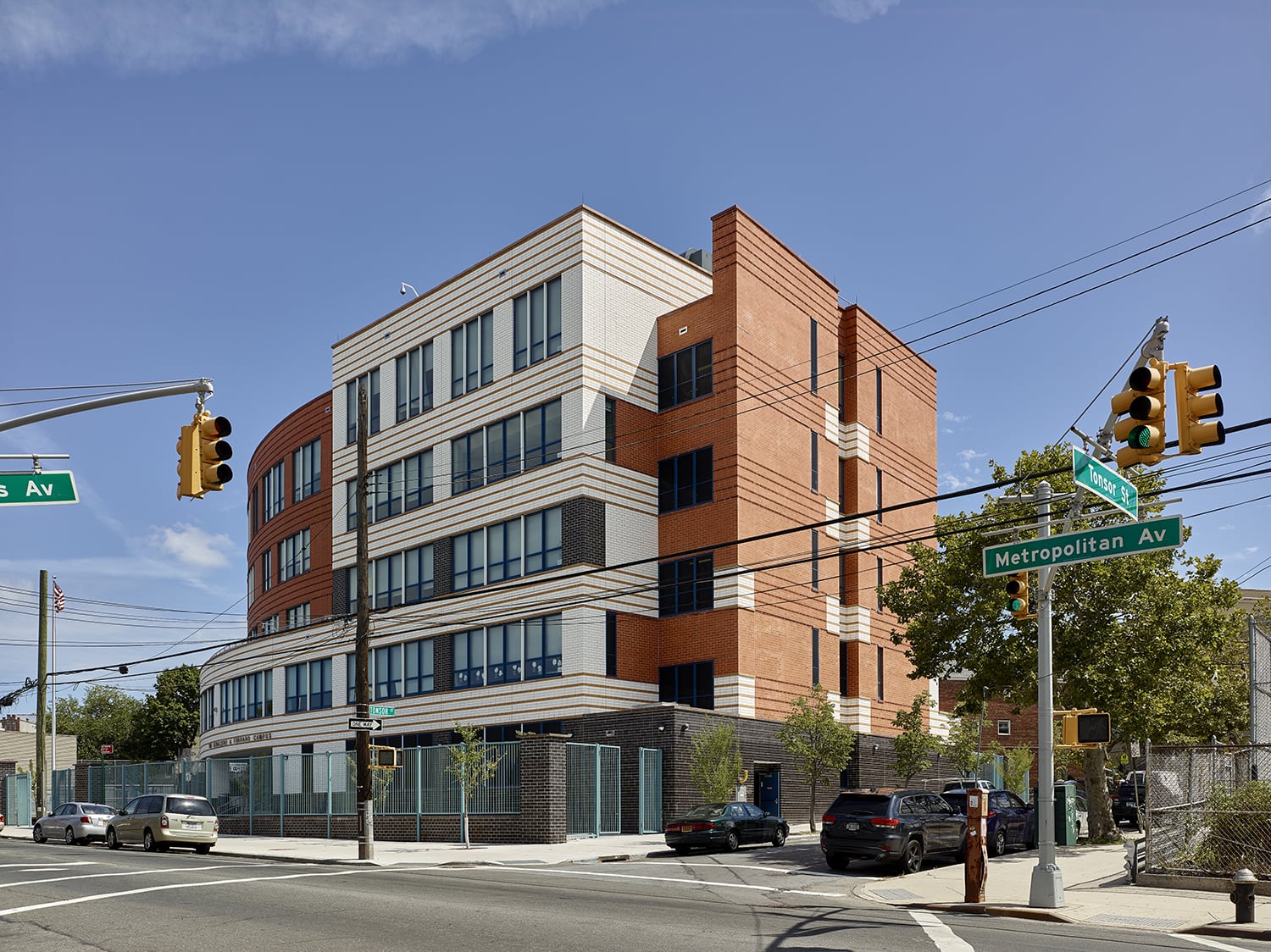 This past August I went on a photo shoot with Jeff Totaro,  to photograph MGA&D’s completed PS290 in Queens, NY for The NYC School Construction Authority.

During my time as an undergrad, I studied photography and design, and received my BFA from Mason Gross School of the Arts.  As Manager of Marketing Communications as MGA&D, I am responsible for coordinating architectural photo shoots.

Jeff studied architecture and structural engineering and worked at several A/E firms before becoming an architectural photographer. I thought the interesting juxtaposition of Jeff being both an architect and a photographer gave him a unique perspective for creating great photographs and framing the shot, but also a full understanding of architecture and the built environment. The combination of the two makes his photos sing.

The combination of the two makes his photos sing.

What I observed most about Jeff, while being on the photo shoot for PS 290, was the attention he took in capturing  how the building and the environment work together.  We needed the photographs to tell the story of the design.  Because of  Jeff’s background in architecture, there is more dimension to his photographs because he is aware of the intricacies of the profession.

I learned a a great deal working with Jeff.  This is the second time MGA&D has worked with Jeff, and we are slated to photograph another one of our recently completed NYC Public Schools in New York’s South Street Seaport, PS343.

Tags: photography, Jeff Totaro
Like What You Read?
Subscribe to receive updates from MGA&D by submitting your email below.
Share
Learn more about MGA&D's team or just ask us a question.
Meet Our Team
Contact Us