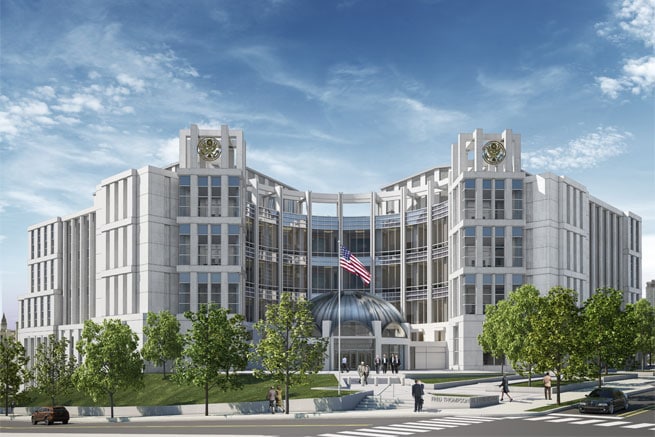 Michael Graves Architecture & Design, in a joint venture with Thomas Miller Partners of Nashville, Tennessee, are pleased to announce that the updated design for the Nashville Courthouse has been approved and released to the public by the General Services Administration (GSA). The Courthouse, a GSA Design Excellence project, meets all the criteria and goals for gross floor area, building efficiency ratio, functional relationships, security design, blast and progressive collapse, and energy consumption. The project will be certified as LEED-Gold

Named in honor of former U.S. Senator Fred Thompson, the Courthouse is an important addition to Nashville’s downtown which has recently experienced significant growth in new development. Many empty sites previously used for surface parking are being developed, and Nashville’s downtown is rapidly expanding. The Courthouse site is bounded by Church Street on the north, Commerce Street on the south, 7th Avenue to the east and Rosa L Parkway on the west. The site slopes significantly downhill from north to south such that the grade on Commerce street is one full floor level lower than Church Street. 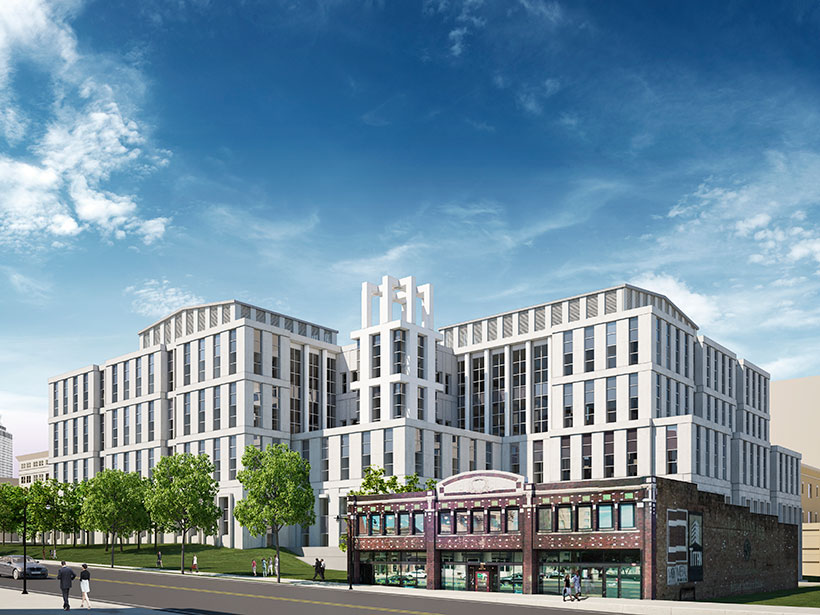 The design allows visitors to recognize the power of the Federal Judiciary. -Patrick Burke

Patrick Burke, one of the project leads, is quoted, “We wanted the Courthouse to stand out from the urban context as an important institution. We made the building all white to express the elevated and ideal position the court occupies in our society and government and located the public entrance on a raised podium to add stateliness to the entry procession. The design allows visitors to recognize the power of the Federal Judiciary. The primary façade, a grand apsidal curved wall with the entry rotunda at its center, is axial and oriented to the corner. The apsidal form has been used historically in classical architecture as a welcoming entry gesture or to receive something important.” 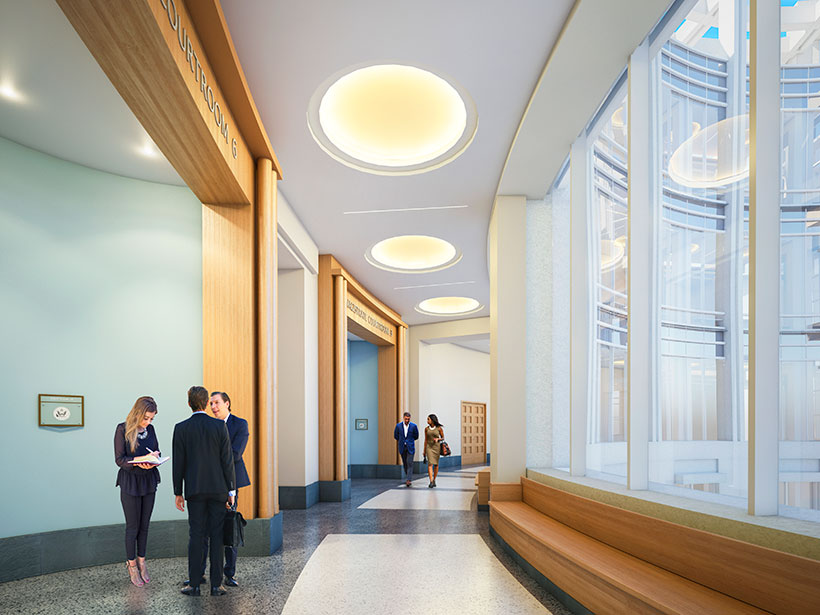 The Fred Thompson Courthouse is approximately 280,000 gross square feet and includes underground parking. The new courthouse provides eight courtrooms and 11 chambers to accommodate 11 judges. The Courthouse will allow for relocation of the court and court-related agencies from the existing facilities located in the Estes Kefauver Federal Building (FB) and Annex. The project is currently scheduled for completion in the spring of 2021 and was recently awarded a bridging design-build

The character of the design is a blend of both classical and contemporary and connects with both the past and future of downtown Nashville. The openness and transparency of both our democracy and judicial system is expressed by making the facades for the entry and the public areas of the building in glass. The role of the public in the judicial system is celebrated by expressing the stacks of jury suites as towers in the exterior massing. The building is composed in a very balanced and symmetrical manner reflecting the need for balance in the Scales of Justice. The design for the Fred Thompson US Courthouse has a very stately presence that expresses the dignity and stability of the United States of America.