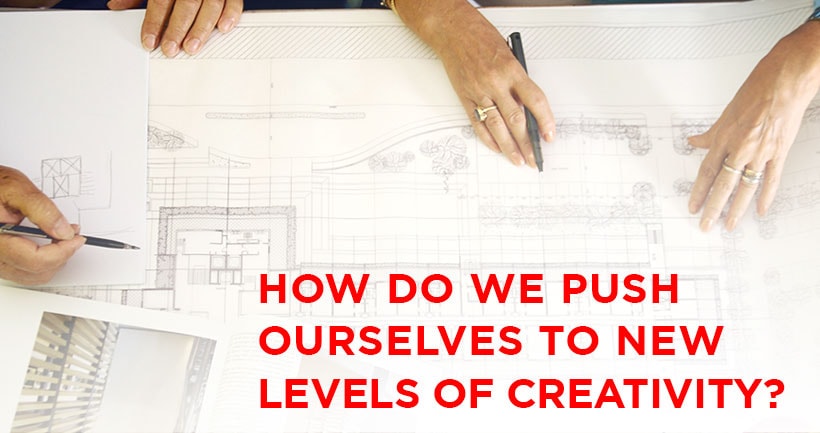 As creatives, it is our job to find the answers to problems that are innovative, exciting, and different. It is our job to provide the solutions that are both refined aesthetically and superior in function. However, our job has become increasingly difficult given the high level of design that exists and is demanded of us by consumers in a way that it wasn’t even a decade ago. This is not to say that great design did not exist ten years ago, but rather its abundance was not as striking as it is today. Because of this shift we (the creatives) are in need of tools much greater than sketchbooks and SolidWorks. The question for us is, how do we push ourselves to new levels of creativity that exceed ones that were in place before?

Because of this shift we (the creatives) are in need of tools much greater than sketchbooks and SolidWorks.

In his TED talk from September 2015, Tim Harford addresses the idea that frustration can make us more creative. Frustration, disruption, inconvenience…all of these are usually viewed as negative words especially in the context of creative idea generation. But through examples in complexity science, cognitive psychology, and social psychology (among other things) Harford demonstrates how inconveniences, when faced as challenges, can be powerful catalysts for success in many different forms. He shows that if one is able to be open and accepting, we can use these challenges as tools to be more creative, whether we happen upon them organically, or consciously insert them into our creative process.

But really, isn’t the goal to generate exceptional answers?

His introductory example is the story of how American musician Keith Jarrett conceded to playing a concert on a worn, out of tune, just unplayable piano, ultimately driving him to play what would become the best-selling solo jazz album of all time. I think what is particularly notable about this example (and others included in Harford’s talk) is that there is a moment of choice. When Jarrett was presented with a clearly sub-par instrument, he could have refused to play altogether, but luckily his mind allowed him to be persuaded to live with the inconvenience. He didn’t like it, but he chose to accept it. What this shows is that doing the easy and comfortable thing puts you on a trajectory for adequate, acceptable, “good” answers. But really, isn’t the goal to generate exceptional answers? By moving past frustrations and making the conscious choice to overcome them, we have the opportunity to do just that.

So if we are to use inconveniences as tools for creativity, how do we insert them into our process deliberately? Harford helps answer that question for us by citing a deck of cards called The Oblique Strategies created by Brian Eno and Peter Schmidt in 1975 designed to help artists, particularly musicians, break creative blocks through a different way of thinking. One says “change instrument roles” and another “make a sudden, destructive, unpredictable action.” While these don’t apply directly to design, it’s easy to see how injecting a little randomness into the process would cause ideas to shift in a non-linear way, giving you the best opportunity to formulate an idea you otherwise would not have.

At MGA&D we have begun to come up with our own oblique strategies specifically for design. Here are a few to get you started.

So go ahead. Inconvenience yourself.