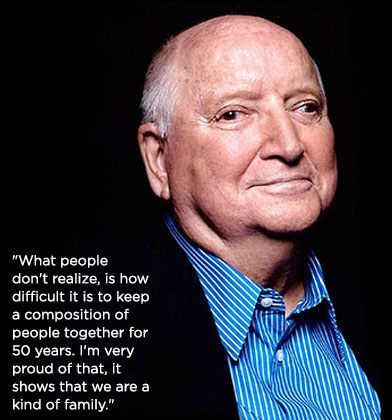 The question we are asked most often since Michael Graves’ sudden passing is:  “how are you doing?”  Our answer…”we’re doing great!”  And that’s in large part because Michael Graves made sure that his company would not only survive him, but continue to thrive.

However, because of his generosity of spirit and his desire to see his company continue beyond his lifetime, the succession plan that he put into effect shortly after he became paralyzed in 2003 has provided for a seamless transition.

From a personal perspective, things have certainly changed at our Princeton HQ since we lost Michael.  However, because of his generosity of spirit and his desire to see his company continue beyond his lifetime, the succession plan that he put into effect shortly after he became paralyzed in 2003 has provided for a seamless transition.  So while his passing was unexpected and shocking, because of our planning, there has been no controversy; there were no missteps.  The transition of ownership and management has been calm and composed.

The company is now fully owned by eight partners, many of whom have been with the firm for more than three decades.  The partners were Michael’s chief collaborators, leading the firm’s celebrated architecture and product design practices, as well as the firm’s marketing and business strategies.  Recently, the partners elected Joe Furey, our Chief Financial Officer, to become President of Michael Graves Architecture & Design.  Joe’s experience in finance and strategic planning will help to propel the firm into the future.  The Design Principals, Patrick Burke, Tom Rowe, Karen Nichols, Donald Strum and Rob VanVarick are continuing to lead projects, as they have for many years.

Of course, the firm will continue to honor Michael’s important humanistic design legacy; he was a teacher and mentor to all of his partners, some of whom were his students at Princeton more than three decades ago.  It is now the responsibility of the partners to carry on that tradition that Michael established when he opened his firm in 1964, mentoring staff, and preparing the way for the next generation of talented architects and designers to strengthen their ideas and voices as we look to the future.

Over the next few weeks we will use our MGA&D Blog to do a bit of bragging about our partners, our staff and our design work.  So stay tuned – we have a lot of news to share!

Oh, and thanks for asking!