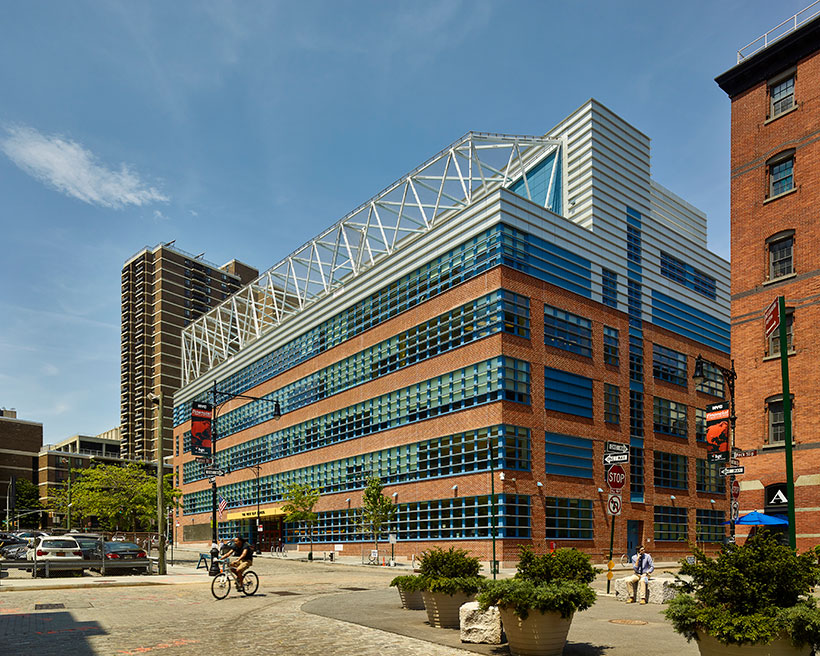 MGA&D is delighted to announce the September 9, 2015 opening of its third New York City public school for the NYCSCA. PS343, officially named the “Peck Slip School”, is located in lower Manhattan, adjacent to the Brooklyn Bridge and within the South Street Seaport Historic District. The Peck Slip School was commissioned to help satisfy a growing need for additional neighborhood schools in lower Manhattan that is being prompted by a significant increase in housing in the surrounding area.

The project site was an active dock during the Revolutionary War. Peck’s Slip served as a temporary hideout for George Washington and his troops in April 1776 when they fled from the British following the Battle of Long Island.

The project scope included the adaptive reuse of a four-story 1950 US Postal Service Station building pre-existing on the site as well as a three story vertical addition supported by the existing structure below. An extensive feasibility study was initially performed by the Graves-MMA Joint Venture Design Team to determine the maximum amount of classroom space that could be supported by the pre-existing concrete post office structure.

Along with this extensive structural investigation and in situ foundation load testing, other unique critical path schedule items such as Historic District approvals, archaeological requirements, and coordination with a major ongoing NYC infrastructure project were researched at length to determine if the proposed project could be delivered in a very short, finite time period. 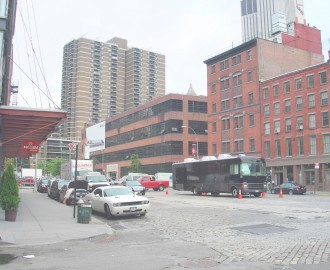 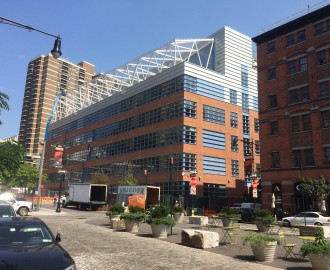 The facades on the existing structure are intended to recall those of the Postal Station modified to accommodate the school’s layout and to maximize natural light to the classrooms. The large strip windows are fitted with horizontal solar shades to control the south light and glare. This element is continued on the upper facades visually tying the aluminum clad vertical addition to the lower levels. The white painted steel truss and stainless steel mesh enclosing the play roof provides a light [physically as well as visually]cap to the building reminiscent of the bridges over the East River as well as the sailing ships at the South Street Seaport.

Featuring five floors of classroom and support space, the new school is designed to serve 760 students in grades Pre-K through 5. A fifth floor Gymatorium will support not only the physical education and assembly needs of the students, but also act as a new location available for community events after hours. A sixth floor rooftop playground provides much needed outdoor play space and also offers Peck Slip School students panoramic views of the many historically and culturally significant monuments that surround them.

MGA&D congratulates the students, families, teachers, and staff of the Peck Slip School on their new home.