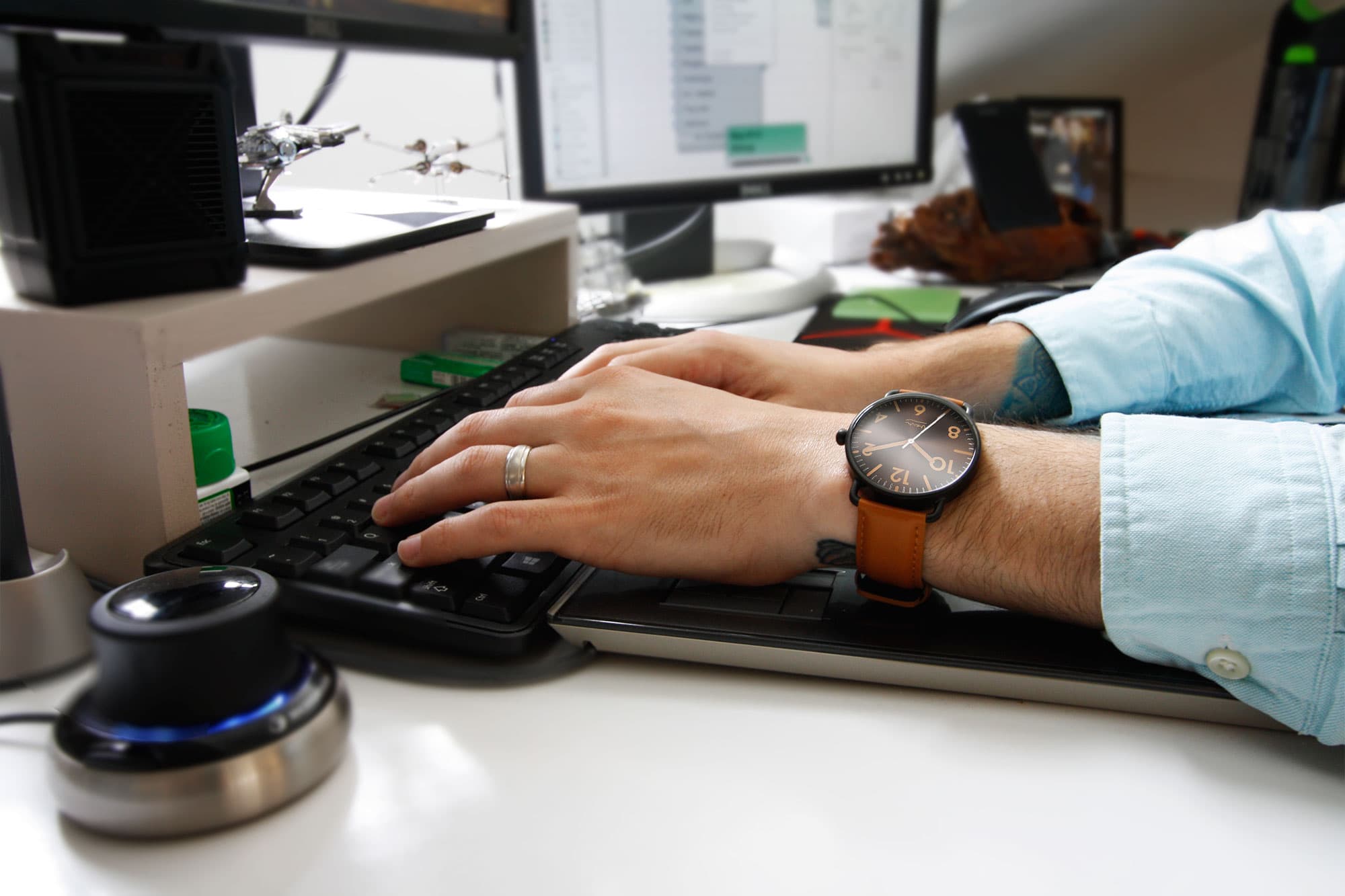 What gives the Scallop Watch its unique character and appeal is the modern application of a 17th century decorative engraving technique known as Guilloche, a pattern of curved symmetrical lines arrayed across its dial.  The Guilloche technique was used by fine jewelry makers for centuries but was popularized in the 19th century by the famous jeweler Faberge on the eggs he designed for the Russian Tsars Alexander III and Nicholas II as Easter gifts for their wives.
The term “guilloche” is also used more generally for repetitive architectural patterns of intersecting or overlapping spirals or other shapes, as found in classical Greek and Roman neo-classical architecture.  Thus, the technique has its roots in architecture which is why it was so appealing to Michael Graves and his team of designers as a decorative application. |
With its symmetrical rigor and shell-like geometry, the design of the Scallop Watch effortlessly bridges the centuries to become a modern design icon to be worn and celebrated.

Say hello to the newest version of our most popular watch – the Black and Tan Witherspoon. The Witherspoon collection was so named to celebrate the locale of the Michael Graves-designed Paul Robeson Center for the Arts in Princeton, New Jersey.  Michael described it as “a landmark project for Princeton which will make an enormous contribution to the cultural life of our community.”  To commemorate its opening in 2008, Michael Graves and his design team collaborated with Projects Watches to bring out a unisex watch design of enduring good looks worthy of this major achievement.
Available for Pre-Order Here