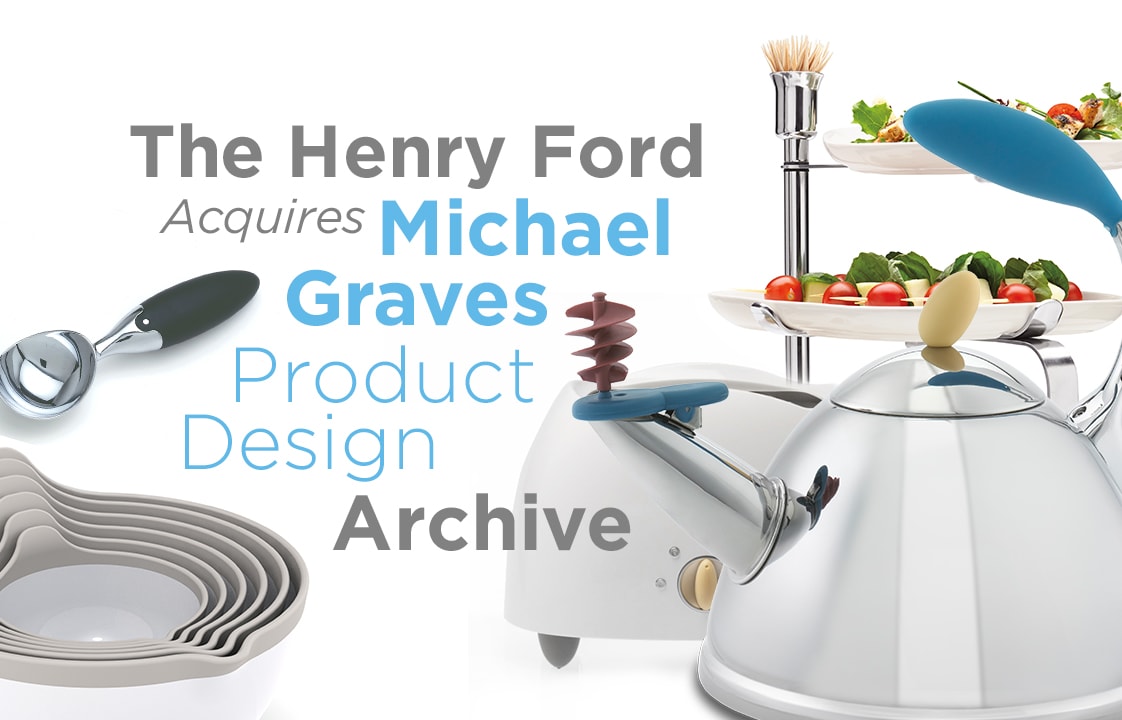 (Dearborn, Michigan and Princeton, New Jersey – February 5, 2020) – Few are credited with spearheading a single design movement; Michael Graves, well known throughout the world for design excellence, led three. The Henry Ford and Michael Graves Design (MGD) announced today that the institution has acquired MGD’s extensive product design archive as part of its permanent collection. The Henry Ford plans to create permanent and temporary exhibitions with the Michael Graves Archive, and in celebration of the acquisition, a selection of 21 artifacts is now on display inside Henry Ford Museum of American Innovation.

“In its entirety, the Michael Graves Design product archive tells a 39-year history of art, culture, and commerce, along with countless stories about the power of design,” said Patricia Mooradian, president and CEO, The Henry Ford. “We are honored that the team chose The Henry Ford as the location to house this collection that shows that everyday products can be designed with both purpose and playfulness.”

Michael Graves Design sought to find an influential cultural institution interested in becoming the permanent home of its comprehensive product archive. “We wanted to find a partner that would enable current and future generations to discover the positive impact design has on society and to celebrate the contribution to design history made by Michael Graves and our firm,” said Rob Van Varick, Principal, MGD.

Donald Strum, Principal, MGD met Marc Greuther, Vice President, Historical Resources and Chief Curator of The Henry Ford at the IDEA awards jury, which convenes annually at the Museum in Dearborn. “During the judging, Marc was a tremendous host. I sincerely enjoyed our discussions, and I became enamored with the Henry Ford,” said Strum. “During every break from judging, I explored their innumerable automobiles and artifacts, appreciating the diversity and importance of the collections.” 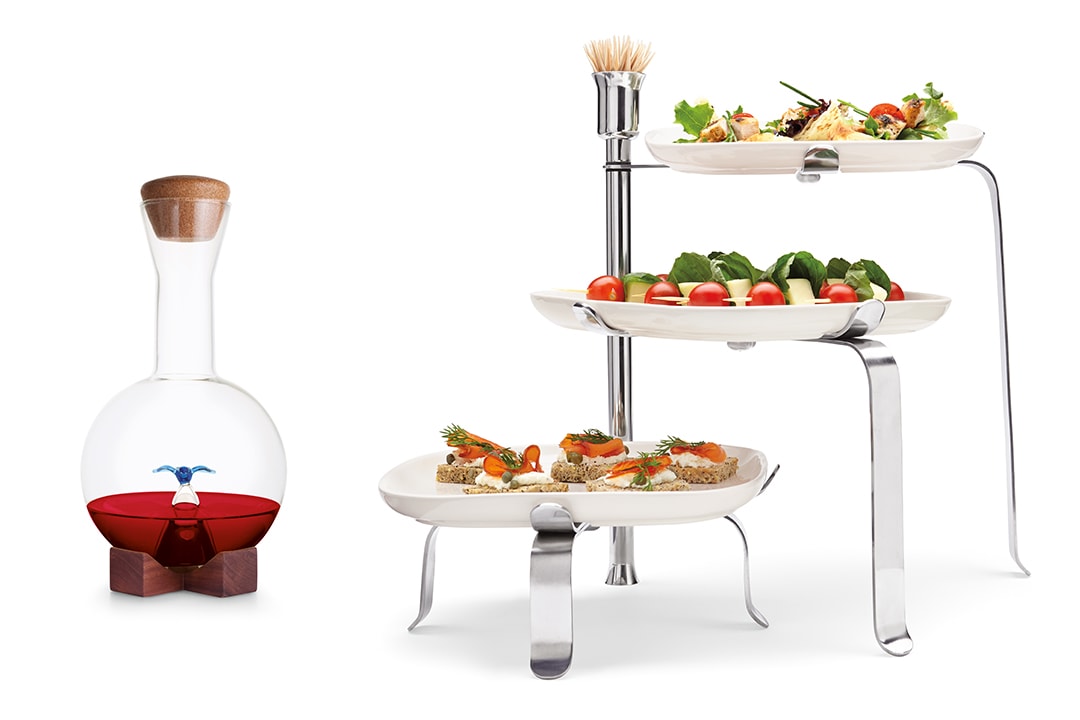 “During the judging, Marc was a tremendous host. I sincerely enjoyed our discussions, and I became enamored with the Henry Ford.” – Donald Strum, Product Design Principal, MGD

In addition to many high-end client relationships, Michael Graves Design’s revolutionary approach to common home products, known as “Art of the Everyday Object” solidified it as pioneers in the contemporary design industry. Debuted at Target in 1999, Michael Graves Design brought to market more than 2,000 products across 20 categories including kitchen electrics, gadgets, cleaning supplies, home décor, storage & organization, and more. The groundbreaking 15-year partnership with the retailer transformed mass merchandising strategy, elevated consumers expectations for design, made Target a design destination, and elevated design to the center of corporate strategy. 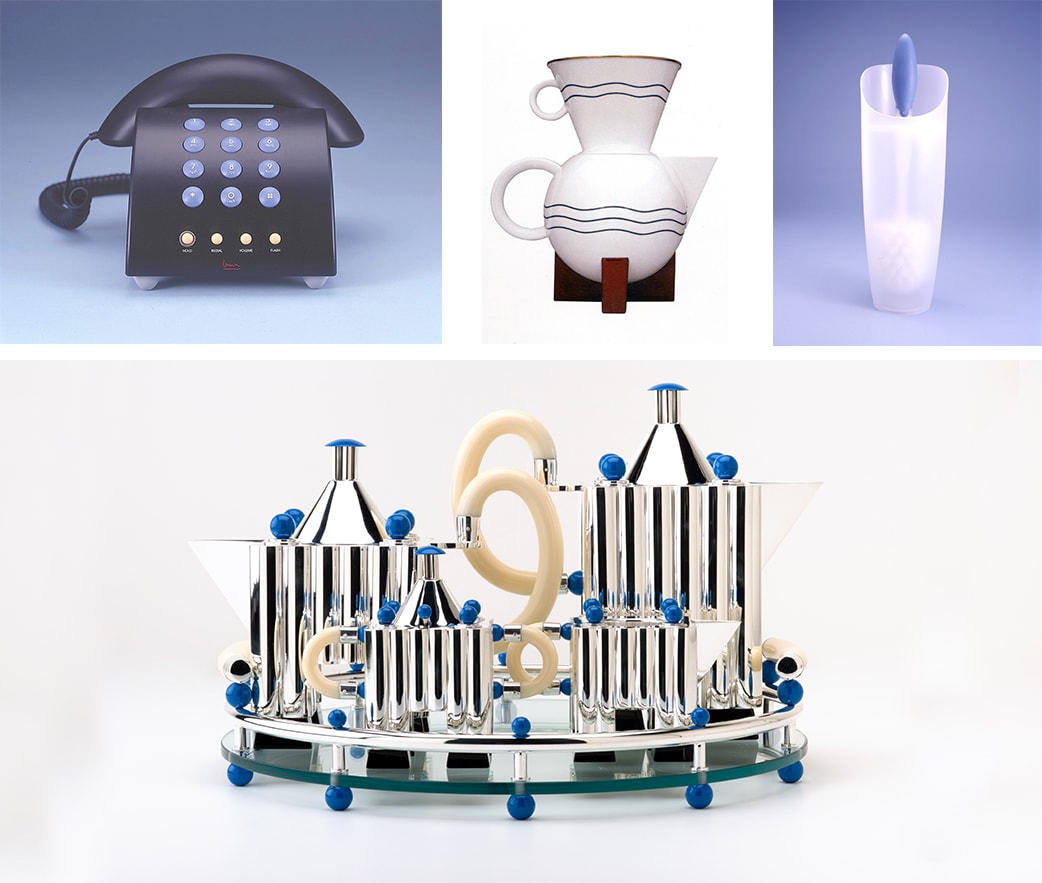 “I can’t imagine a better home for our Archive than The Henry Ford. From our timeless, iconic product designs with Alessi to our Design for All program with Target, Michael Graves products uniquely exemplify The Henry Ford’s mission. We’re thrilled to have this partnership.” – Ben Wintner, Managing Principal, MGD

“Michael Graves and his designers performed a kind of design alchemy, transforming often humble things—thousands of them—into objects of delight, humor, and elegance,” said Marc Greuther, Vice President, Historical Resources and Chief Curator at The Henry Ford. “He showed that seeming near-opposites such as practicality, whimsy, affordability, decoration, and modernity could actually coexist—and move swiftly off the shelves of everyday retailers.”

While The Henry Ford preserves its history, MGD looks to the future, with its recent appointment of Earthbound, a leading brand growth company, to expand the brand across categories and new retailers. MGD is excited to announce its new partnership with HDS Trading, which will debut on March 14 at the International Home + Housewares show in Chicago, bringing classic MGD designs and new items to retail once again. 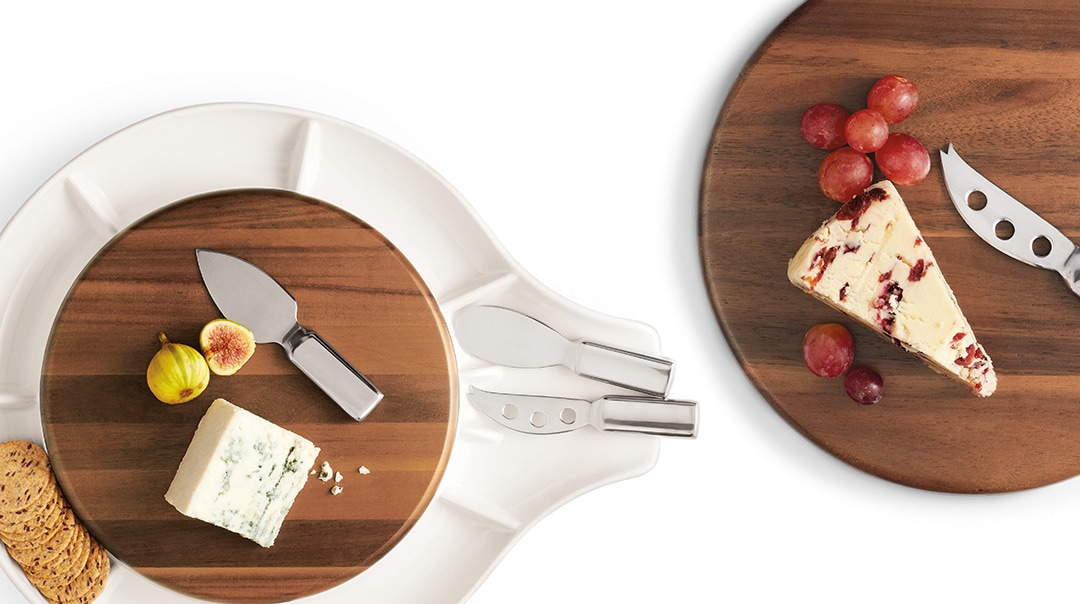 About The Henry Ford

Located in Dearborn, Michigan, The Henry Ford, a globally-recognized destination, fosters inspiration and learning from hands-on encounters with artifacts that represent the most comprehensive collection anywhere focusing on innovation, ingenuity and resourcefulness in America. Its unique venues include Henry Ford Museum of American Innovation, Greenfield Village, Ford Rouge Factory Tour, Benson Ford Research Center and Henry Ford Academy, a public charter high school. Together with its online presence at thehenryford.org, its national television programs, The Henry Ford’s Innovation Nation and Did I Mention Invention? and other resources, The Henry Ford helps individuals of all kinds to unlock their potential and help shape a better future. The Henry Ford advanced its role as a catalyst for change in education with the acquisition of Invention Convention Worldwide, a growing affiliation of organizations dedicated to fostering innovation, invention and entrepreneurship in students, K-12. With this merger, The Henry Ford is now home to the Michigan Invention Convention and the Invention Convention U.S. Nationals, during which thousands of students from across the United States participate.

Founded in 1964 by legendary designer Michael Graves, MGD is a leading multidisciplinary design practice rooted in the values of humanism. Over the past 55 years, MGD has created iconic works of design and architecture, including the Alessi teakettle, the Michael Graves Design housewares collection for Target, and the Disney Dolphin and Swan hotels. Today, the MGD team has expanded its creative influence to include helping companies develop strategies for entering new markets, utilizing design to transform workplace culture, designing the largest statue in the world and even working to change the conversation on aging. This breadth of expertise enables a holistic, collaborative approach that leads to transformative results for clients and consumers. MGD is a widely recognized design leader including being listed by Fast Company as one of “The world’s top 10 most innovative companies in design.”